While the Scottish Highlands has always been a culturally-rich and internationally-connected place, it has been frequently characterised, since the eighteenth century, as ‘peripheral’. My place of work, the Centre for History, part of the University of the Highlands and Islands, has collaborated significantly in recent years with Dr Graham Watson, author of this guest blog. Until retiring in 2019, Graham was Head of Service at High Life Highland, an organisation providing cultural, leisure and learning services on behalf of the Highland Council. Graham’s engagement with history, as doctoral student and since, has involved bringing to light the vitality of the region’s communities, and, in his work for High Life Highland, has been focused on cultural practice in the council’s locality, which is the largest local government area in the United Kingdom. While the topic of his post is not specifically ‘coastal’ like most on this blog, Graham reflects below on how historical research on the collective agency of Highland communities, especially that of the Centre for History team, helped inspire him and thereby informed the concept of the ‘Spirit of the Highlands’. This concept now has a dramatically-expanded regional and national profile, illuminated via the multi-million pound ‘Inverness Castle Project’, the biggest single heritage project in the region of the last century. [David, June 2020]

High Life Highland (HLH) and the University of the Highlands and Islands (UHI) Centre for History have a long track record of working together, and from this has come a formal partnership agreement between UHI and HLH. But key to this has been UHI history and HLH heritage services, including libraries, archives, and museums. This partnership has included PhD students working in both organisations and action together on community projects. Thinking about the Centre for History when taking forward the Inverness Castle project was a natural development. 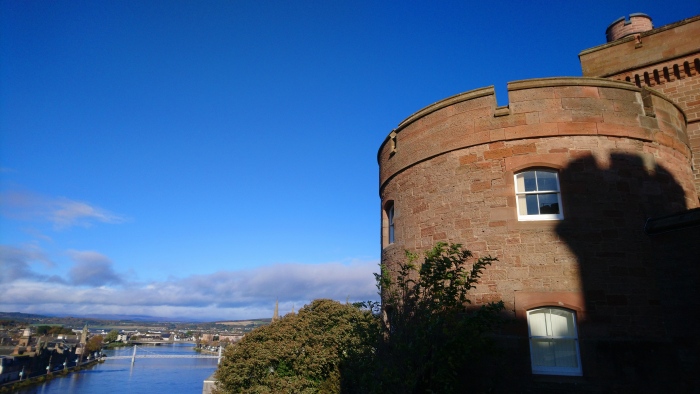 One of the early developments of the castle project was to adopt the phrase ‘Spirit of the Highlands‘ as a by-line when describing the process. As with all projects, the beginning involves gaining support for the idea and building up a network that will help during the inevitable difficult periods.  In this case the search was for a phrase that encapsulated the idea that the Castle was both a world class visitor centre with a role to push people out to visit the rest of the Highlands (the basis of the business case), but also that it would be a showcase of the Highlands to the world.

The Castle project benefitted from an officers group made up of representatives from many agencies involved in the Inverness and Highland City-Region deal. The phrase ‘spirit of the Highlands’ came from a specific discussion trying to capture the essence of the project. No one person deserves the credit, and its success shows the benefit of collaborative working. One of the reasons for the success of the phrase is that it can mean different things to different people, again an important thing in the early stages of a project. For me, its meaning was rooted in my understanding of history.

The Highlands owe a debt to Professor James Hunter for his writing on a new Highland history, beginning with The Last of the Free, published in 1999 to mark the millennium.[1] This was so different from the traditional histories of the Highlands where, throughout time, external forces created great change usually to the detriment of the people. Jim’s book presented to a general audience a world where the people of the Highlands had agency and made decisions, right and wrong, that affected their own futures, within the wider framework of external pressures. Although it did not duck the bad, it presented an uplifting and encouraging picture. It was this that I wanted to capture with the Castle project. 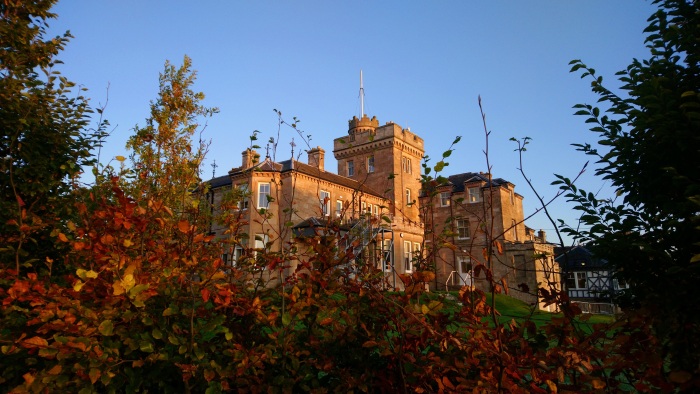 The Centre for History at UHI has come a long way from its foundation with Jim Hunter at its head. It is now a highly professional university History department, well recognised in the league tables of academic research. But it retains that spirit of engagement with its community, encapsulated, for example, in Jim MacPherson’s work with the Badenoch Heritage Festival, and Maureen Shaw’s doctoral research on Badenoch textiles, using the collections at the Highland Folk Museum.

The excitement I got from the Inverness Castle Project was the opportunity to research, display and showcase the best stories from the Highlands of how our people have responded to the pressures and opportunities around them. History is about people, their actions, and their responses: their ‘agency’ if you like, this being a term that Centre for History researchers have used in showing the vitality of Highland communities in the past. And in the Highlands, this is a magnificent and uplifting story that also has a present and a future. For me, this is what the ‘Spirit of the Highlands’ encapsulates. If the Castle project succeeds in showcasing just part of this, it will have been worth it.